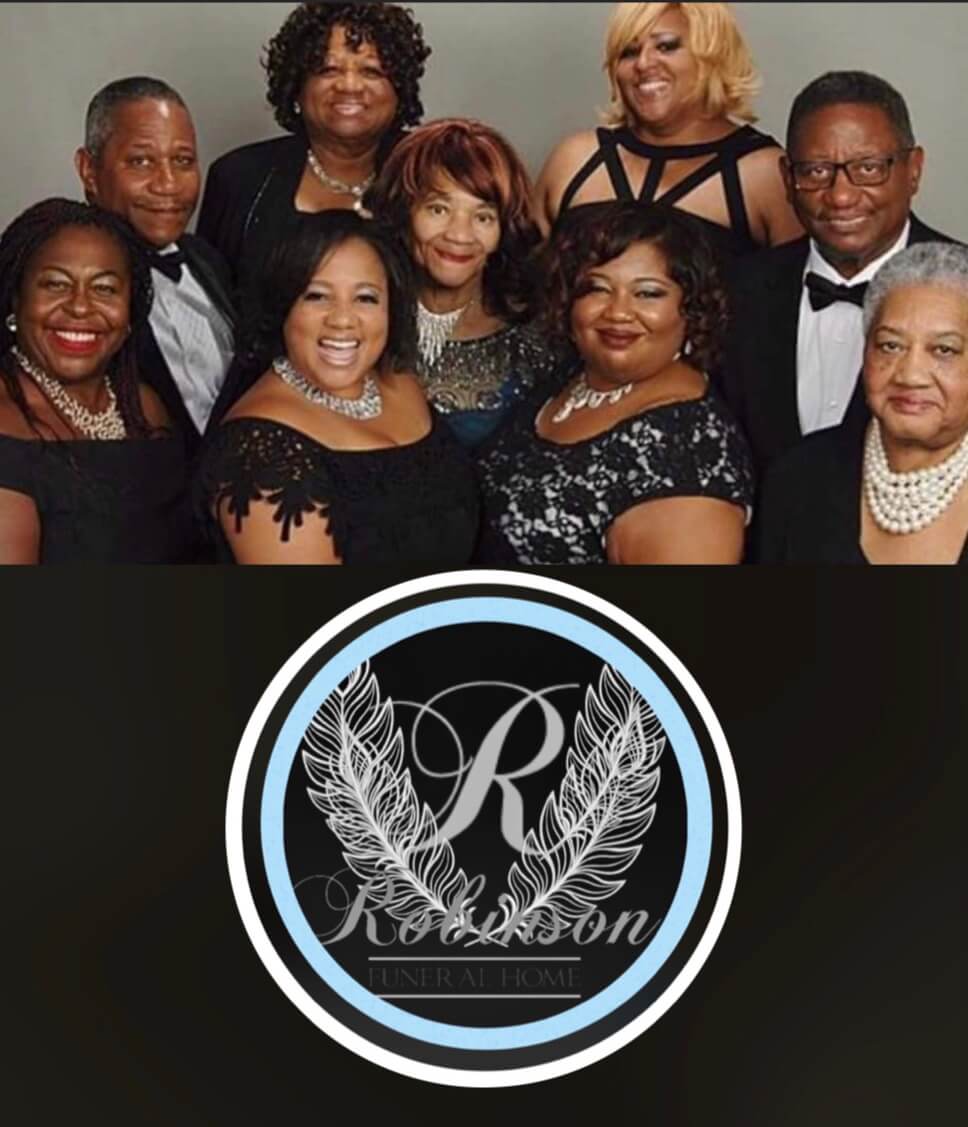 Robinson Funeral Home is dedicated to meeting the needs of a multicultural community by providing excellent service to all.

As a young child his father passed, and his mother remarried. She married Rev., B. H. Perry. John was educated in Atlantic City, New Jersey where he moved with his mother. He served in the United States Army during World War I and rose to the rank of Staff-Sergeant. He served in Supply Co 63rd Pioneer Infantry. John received his Honorable Discharge in 1919.

He returned to Atlantic City, NJ and later married Katherine Williams in 1923. Mr. Robinson was the first black elected to the County Clerk Office in 1938. While living on Drexel Avenue, the family took in three relatives, Wilbur, Lillian and Delores Haddock and raised them. John moved to Washington, DC with his wife and mother. He was employed by General Services Administration (GSA) where he worked for twenty-five years. He was also a licensed Funeral Director employed by John T. Rhines Funeral Home. His mother passed in 1940 and in 1941 his wife Katherine passed. The following year 1942, John founded Robinson Funeral Home with his partner Robert Robinson.

After the passing of his partner Robert, John and Mollie continued the business together as they raised their children. John also served as Secretary of the Independent Funeral Directors Association for 30 years, member of the National Funeral Directors and Morticians Association, member of Holy Redeemer's Holy Name Society, church Lector, and member of its' Parish Council Committee.